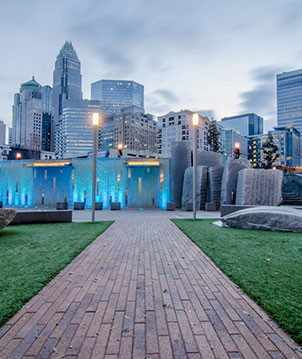 Dr. Owen noted that 26% of SSO members were Diplomates of the American Board of Orthodontics—next to the least of any constituent society. He urged members to consider taking boards. In addition to organizing on a state basis, Dr. Owen recommended that a certificate indicating membership in this organization be designed and presented to each active member, that the board of directors collect and study the addresses of all past presidents, compile their recommendations, and put into use those suggestions that would most benefit the society, and that a committee be appointed to compile a history of the society.

Temporary officers were selected at the “Called Meeting.” Dr. Jack Turbyfill was selected as chairman and Dr. Olin Owen, secretary-treasurer. In 1957, the following year, the first organized meeting was held in Charlotte. Only members of the North Carolina Orthodontic Society (NCOS) could attend. Each member could submit the name of one guest he or she would like to attend; however, guest attendance was limited to the first ten names drawn from a hat. At this meeting, the governance was established in the form of a Board of Directors consisting of President, Secretary-Treasurer, and three Directors. In 1969, the organization moved to incorporate to protect its name and to position itself as the official arm for orthodontics in North Carolina. Although the structure has been updated through the decades, the focus of the organization is to advocate for the oral health of the citizens of North Carolina and advocate for the interests of orthodontists in North Carolina.

Today, the North Carolina Association of Orthodontists is a diversified group of specialists that includes women and most ethnic groups living in the state. Membership requires that the orthodontist is in good standing of the SAO and the AAO, and whose main office is located in the state of North Carolina. Over the years, its governing structure has changed and the by-laws have been modified to be more consistent with the by-laws of the American Association of Orthodontists.

We will not divulge your information to outside parties, and all transactions should be considered non-refundable